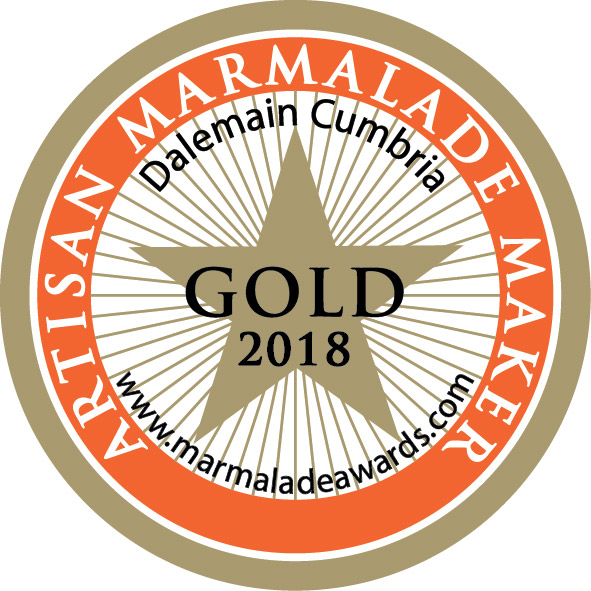 2018 started out with another award winning marmalade accolade for Pantri Swswen with Ruby Grapefruit & Welsh Honey Marmalade winning gold. We were honoured to have been awarded a prestigious Gold at the 2018 World’s Original Marmalade Awards. There was much excitement surrounding the awards with a special invitation to Dalemain Mansions awards ceremony. We’re delighted to share one of our press releases with you! You can buy our luxury seasonal award winning marmalades from our shop.

Local luxury food producer Pantri Swswen is toasting their success! Following a prestigious award at the 13th World’s Original Marmalade Awards celebrations at Dalemain.  With record entries from around the globe, this Award proves that their marmalade really is world class.

Pantri Swswen from Caersws has just scooped a Gold award in the 13th World’s Original Marmalade Awards. Pantri Swswen won one of the marmalade world’s most prestigious accolades for its Ruby Grapefruit & Welsh Honey Marmalade. The marmalade impressed judges with its appearance, colour, consistency, aroma and flavour.

Owner Lizzie said she was delighted to win the award: “This is a golden award for us in more ways than one! We are so pleased to have won our third consecutive annual award at Dalemain.  Call into Derwen Farm Shop Guilsfield on the 5th May 2018 where we are holding one of our taster events and sample our Gold winner Ruby Grapefruit & Welsh Honey Marmalade. Our winning marmalade features the award winning Mêl Grug Cymreig welsh raw heather honey.”

If you would like to stock our preserves, cakes and food hampers, include our luxury foods in your welcome hampers, give as gifts or simply want to find a stockist near you please do get in touch.